Published by Sulagna Goswami on February 24, 2021

Batu caves are one of the most visited tourist destinations in Malaysia. It holds an equal fascination for both nature lovers and religious followers. It is situated approximately 11 kilometres north of Kuala Lumpur. You can take the Komuter Train’s Laluan Route and comfortably reach Batu Caves Kl in 30 minutes. Also, you can use public buses, taxis to arrive here in the same amount of time. Book bus tickets from redBus and enjoy your trip.

If you plan to spend time exploring these fascinating caves, then gear up with a water bottle, sunscreen, sun cap, and some handy snacks. There is no Batu caves admission fee for visitation, so don’t get fooled if someone stops you for an entry fee. It is both a natural wonder and a holy pilgrimage site.

It is an approximately 400 million-year-old limestone hill, made of three main caves and few smaller caves. Indigenous Temuan people used these caves as shelter. In late 1800, a statue of Sri Murugan Swami installed in the Temple cave, making this place into a pilgrimage site for God Murugan.

Guano in the Caves

In the 1860s, Chinese settlers collected guano (Bat shit) inside the caves to use it as fertilizers in their vegetable patch.

The Caves are converted into temples

This big cave with a high arched ceiling is called a Temple cave or Cathedral cave. To reach, visitors have to climb 272 steps. At the foot of the hill, the Cave villa displays the art of Hindu culture. A Hanuman statue is present on the way to the cave dedicated to God Rama.

There are Rainbow steps

The steps to the Cathedral cave painted with an array of Rainbow colours. This vibrant visual effect makes the tiring journey of climbing up to be more tolerable.

The world’s tallest statue of Lord Murugan stands like a guardian deity at the foot of the steps. This 142 high statue required three years to construct, and it was unveiled in the month of January, in 2006.

This festival is celebrated in January or February, particularly by the Hindu Tamil community. The devotees make the pilgrimage with offerings carried either in hands or the decorated carriers on their shoulders called Kavadi. They climb the steps barefoot and lower the Kavadi only after the religious ceremony performed in Temple Cave. Some pierce their tongue and cheek with a small spear before the start of the procession.

You can do Rock Climbing

The Northeastern side of the Batu Caves is known as the Damai caves. It offers more than 160 climbing routes. You can access them through the local adventure companies.

There is a hidden dark Cave

Beneath the Temple cave, there is a two-kilometre network of dark caverns, consisting of life forms found nowhere on the earth. These caves contain stalactites and stalagmites made art forms such as flowstones, cave pearls, cave curtains, and scallops, which took thousands of years to form.

The fauna and flora of the Batu Caves

The cave hill is rich with plants and animal species, which are found only in limestone environments. You can find a diverse range of life, such as trapdoor spiders, 21 species of bats, and long-tailed macaques in the Batu Caves Malaysia.

Every tiny rock face of the Batu Caves tells the million years old story of the natural world. Hence make sure to mark it as the must-visit place in Malaysia and enjoy the splendour of this place. 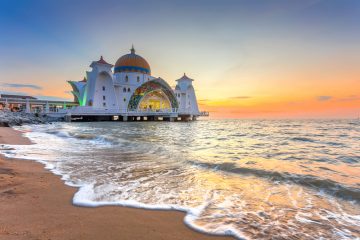 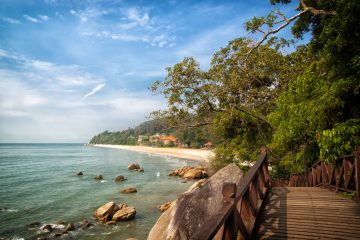