Avoid Doing These 10 Things When You Are In Singapore

With a myriad of tourist attractions to choose from and many interesting things to do in Singapore, it has gained popularity as one of the most sought after tourist destinations in the world. However, it is the strict Singapore laws and rules that get people to have two minds before planning a vacation at the Lion city. Here is a list of what not to do in Singapore that will keep you in a safe place while you are there.

Singapore is said to be one of the cleanest cities in the world, but this cleanliness comes with a fine. Anybody found littering at public places in Singapore has to pay the penalty. For first time offenders, the penalty could be as high as SGD300 or more. Not just that, but offenders can also be taken to court and punished by having to clean public places. However, there is nothing to fear if you diligently follow the dos and don’ts in Singapore.

Say No to Chewing Gum

By Singapore laws, chewing gum is as bad as drugs, and anyone found to possess more than the legal limit of two packs has to pay a penalty of SGD500-SGD1000. For repeated offenders, it is a steep fine of SGD2000.

Earlier chewing gum was banned but after the Singapore-US Free Trade Agreement in 2004 and due to few health benefits of chewing gum, the total ban on chewing gum has been partially lifted. In today’s time, according to the Singapore statutes, chewing gum can be sold at the drug stores and anyone can purchase chewing gum in Singapore given they have a prescription for it.

According to Singapore statutes, an act of vandalism is taken very seriously. Anybody found damaging public property is punished by the court of law in Singapore. Any person charged with vandalism is fined or jailed along with corporal punishment like canning. Avoid this, and you will be in good stead.

Smoke Only In Smoking Areas

Smoking is allowed only from the age of 20 and above under Singapore laws. Anyone caught smoking less than the legal smoking age has to pay a fine of SGD300.

Offenders are fined up to SGD1000 for smoking in “no-smoking” zones. A fine of SGD2000 is to be paid by the people who litter cigarette butts for the first time. For repeated offenders, the penalty is SGD10,000.

No Eating or Drinking in Public Transports

Unlike many of the other countries, eating or drinking is not allowed in the MRT or bus in Singapore. Under the Singapore statutes, doing any of the above can slap a fine of up to SGD500. Even carrying something which has a strong smell like Durian is not allowed on the MRT.

Singapore is said to be one of the cleanest of all the cities in the world. Therefore, as per Singapore laws, spitting in public places like markets, cafes, public thoroughfares, or any site that is meant for the general public is quite a big offense. Anyone failing to abide by the rule can be charged with a fine of up to SGD1000.

Connecting to Some Other Wi-Fi

Among the many dos and don’ts in Singapore, this comes with a heavy fine of SGD10,000 or imprisonment of up to 3 years and even both in some cases. According to the Singapore Statutes online, the Computer Security and Cybersecurity Act believes that the use of someone else’s Wi-Fi is equivalent to hacking. So when you are in Singapore, be sure not to do it.

Don’t Sing or Play a Musical Instrument in Public Areas

Playing a musical instrument, singing, or even reciting in a public place in a manner that disturbs people is against the law in Singapore. Anyone found doing so can be charged a fine of up to SGD1000.

There is a long list of what not to do in Singapore, but like in most countries, possession of drugs is against the law and is considered a big offense. Anybody charged with drug possession is given a fine of up to SGD20,000 to 10 years imprisonment. In case a person is found with a high quantity of drugs in his possession, he can be given a death penalty too. Even if someone has taken drugs before entering Singapore and has it in his system after entering the country, he can get into trouble with the law.

Interfering With the Traffic

Kite flying or playing games near the roads or in public areas causing traffic problems is against the law in Singapore. Anybody found doing so can be charged with a penalty of up to SGD5000.

You may like to read: Singapore travel tips for first time travelers

We hope now you know about the things that should be avoided while in Singapore. Go through the Singapore statutes before your travel and abide by the rules while you are here. Make bookings and get around in Singapore using the redBus app or website to avail the best discounts and deals. 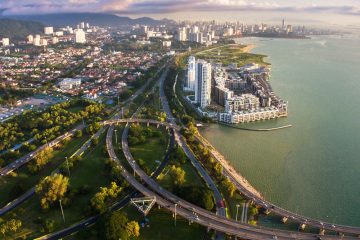 One of the cities with a long and illustrious history, Georgetown, the capital is an artist’s delight. With a beautiful panoramic view from atop the hill, along with a vibrant local life, it is one Read more… 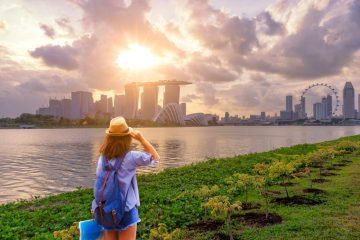