Most Recommended Spiritual Experiences in Singapore

Singapore is said to be the melting pot of diverse religious beliefs, traditions, and culture. Therefore, whether you’re looking for a Singapore temple or a mosque in Singapore, you find them all. Buddhism is the most practiced religion in Singapore, followed by Christianity, Hinduism, and Islam. The numerous Buddhist temples, notably the Tooth Relic Buddhist Temple in Singapore, prove that there is a vast population of Malay and Chinese Buddhists residing in the island state.

A large number of Hindu temples in Singapore also states the fact that 10% of the Indians residing in the Lion capital mostly practice Hinduism. Apart from these, the mosques in Singapore are a true testimony to the secular nature of this island state.

Singapore is a secular state and is dotted with beautiful temples, churches, and mosques that have become popular tourist attractions. Read through the article to experience a spiritual journey across Singapore.

You may also like to read: Singapore’s Ethnic Diversity and Festivals

There are over 35 Hindu temples in Singapore, out of which three are Murugan temples, all having a lot of significance to Tamil Hindus. Dedicated to Sri Murugan Swamy, these temples validate the religious beliefs of the huge number of Tamil Hindu population in Singapore.

It is the oldest Singapore Murugan temple established by Nattukottai Chettiars in the year 1859. The shrines of Lord Shiva and Goddess Parvati were consecrated in 1878, and another Navagraha shrine was added a few years later at the temple premises. It is one of the most revered Hindu temples in Singapore.

The temple is said to have one of the tallest Rajagopurams measuring a height of 75 feet. Like most of the south Indian temples, the architectural style is Dravidian with brightly painted sculptures of Lord Murugan in His different forms and Lord Shiva performing Tandav.

The temple observes two important festivals every year called Taipuccam and Navratri. A day before Taipuccam, the Lord leaves for his brother Siddhi Vinayagar’s abode for a day in a chariot procession. During Navratri, pujas and various cultural festivals are held within the temple premises.

The temple has three sanctums dedicated to Lord Muneeswaran, Shiva Shakti, and Vinayagar. The uniqueness of the temple lies in the fact that Chinese Deity Kuan Im has also been placed here.

Buddhism is the religion that is followed by most of the people in Singapore. Many people follow the Mahayana form of Buddhism, followed by the Theravada. In Singapore, the temple for the Buddhists are all over the island and are also a great place of tourist interest.

Buddha Tooth Relic Temple is the most important Buddhist temple in Singapore. Based on the Chinese Tang Dynasty architectural style, this iconic landmark is considered to be the most beautiful Buddhist temple in Singapore. It is one of the most popular tourist points in the city. The sacred left canine tooth relics of the Buddha are kept in the temple, which thus gives its name.

There are numerous artworks related to Lord Buddha or Buddhism at the museum. The rooftop of this beautiful Singapore temple houses a garden and a library along with a bookstore and a vegetarian restaurant in the basement.

Two of the most beautiful and revered Singapore temple for the Buddhists is the Sengkang neighborhood.

The Singapore temple, as the name suggests, is originally located in Pulau Ubin, an island off the north-east coast of Singapore. The Sengkang temple premises houses two more Taoist temples and a Buddhist Memorial Hall.

The Ubin Thai Buddhist temple is brightly colored with a mix of Chinese and Thai style of architecture. The tranquil surroundings of the temple create an atmosphere of calmness among the visitors to the temple.

This Buddhist temple in Singapore is a magnificent place for prayers and meditation. The calm and tranquil ambiance of the temple deviates the mind of the visitors and devotees to the spiritual realms and relaxes it.

Muslims being an integral part of the Singapore population, a mosque in Singapore can be found everywhere in the island city. However, the most that stands out is the Sultan Masjid.

Often referred to as the Sultan Mosque, the Masjid Sultan Singapore is impressive with tall golden domes and a magnificent prayer hall. The mosque was built during the rule of the first Sultan of Singapore Sultan Hussein Shah in 1824.

Named as the national monument in 1975, this historical mosque in Singapore has gained a lot of prominence as a popular place of tourist interest. During the holy month of Ramadan, the area around this mosque in Singapore is dotted with food stalls and shops at the night market.

Are you ready for a spiritual experience while in Singapore? This list of Singapore temples and mosques in Singapore with location and bus routes is only there to help you through. For discounted online bus tickets to places around Singapore, visit redBus. 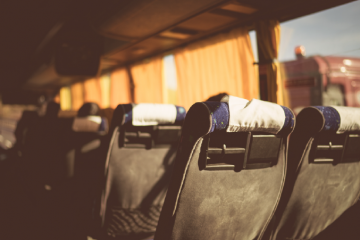 Most Affordable Bus Services in Singapore

If you are planning for a recreational trip in Singapore and do not want travel and booking procedures to become a burden at the same time, make your bus ticket bookings with the redBus. redBus Read more… 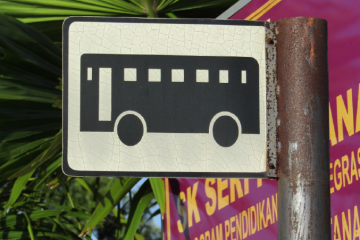 What You Should Keep in Mind Before Booking Malaysia Bus Tickets

If you are in Singapore and planning on traveling to Malaysia by bus, you should choose wisely to get the best travel experience. The road distance from Singapore to Kuala Lumpur (the capital city of Read more… 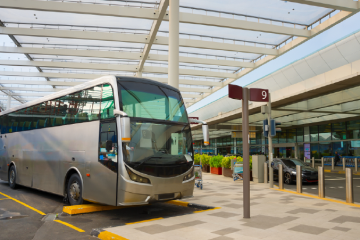 How to Find Cheap Bus Tickets in Singapore

Singapore is an island city-state situated in southeast Asia. Buses are used very frequently in Singapore for transportation needs within and outside the city. Many bus operators in Singapore boast a multinational presence as you Read more…