If you’re planning to travel around Singapore, then the cost of transport is probably one of the things you’re thinking about. Even more so if you have been backpacking across more affordable neighboring countries. While taxis and tuk-tuks were your best friend, in Singapore, there aren’t any of the former, and the latter is highly expensive.

However, you needn’t worry, as there are multiple public modes of transport available that are not just cheap, but highly efficient as well. From the Mass Rapid Transit (MRT), Singapore bus routes, to the Light Rail Transit (LRT) system, everything is easily accessible to locals and tourists alike.

Also, to make your trip convenient and budget-friendly, check out these transport hacks in Singapore!

Unaffected by delays due to traffic jams, the MRT is one of the most efficient ways to move around Singapore. It will get you to your destination fast, but the downside is that the network isn’t as dense as you would find in some Indian cities and the London Underground.

This means that you will have to mix and match your travel preferences. For example, if you would like to head somewhere that isn’t on the way, you might need to alight at a station and then take a bus to your final destination.

Yes, Singapore bus routes still trump the MRT network when it comes to connectivity. Here are a few stations that you might find useful while touring the city :

For tickets, you can purchase a single standard one which will be enough for a day or two. If your trip is an extended one for a month, then it’s best to get yourself an EZ-Link card. Available across MRT stations, they have a stored value of S$5 (the cost of the card), and you can recharge it across 7-11 MRT outlets.

One can say the bus is the real lifeline of Singapore. Connecting vital areas inside the city and places outside the city, the Singapore bus route is one of the best in the world. Even if you’re taking the MRT, you will need the right buses to reach the correct station, and understanding the routes will give you a huge advantage. You will also find several bus companies like redBus offering multiple routes to several places of interest, so you can choose one which suits your schedule.

If it’s a luxury coach and cheap fare you’re after, then redBus is a perfect choice as it’s used by both locals and tourists alike. There are several coach options to choose from if you’re going with redBus, so look through all the buses carefully before selecting one. Take a look below at a few popular bus tickets and routes with their average fares and other information as available on the redBus website –

There are also city buses available with designated bus numbers if you don’t want to go with a bus aggregator like redBus. You will find these very close to the MRT stations that also act as bus terminus. A few city bus schedules would be :

Availability of these buses is also very simple as you will find schedules online. Paying the bus fare on Singapore bus routes is also a breeze as you can use cash to pay directly to the driver (it will be very high if you do this), or use the EZ link card or Singapore Tourist Pass. However, these are required if you aren’t going with redBus and taking a city bus route instead.

The Light Rail Transit or the LRT as it’s popularly called is the smaller version of the MRT. It also runs on elevated tracks and currently, there are three that serve the city of Singapore. They are called Bukit Panjang LRT, Punggol LRT, and Sengkang LRT.

A useful tip here would be the fact that these LRT stations connect to one or two MRT stations. So if you somehow miss your bus, you can avail the LRT to get to a preferred MRT station. If you are changing from the LRT to the MRT you don’t need to tap your EX travel card as the fare would be included in it.

Here are some popular bus routes to Singapore:

So if you are touring Singapore, redBus and other traditional modes of transport are at your disposal. It’s advisable to go with redBus if you’re new to the city as it will help you keep track of schedules. You can also take a Singapore to Kuala Lumpur bus and explore the Malaysian wonders from Singapore. Once you’re savvy with all the modes of transport go ahead and explore one of the best traditional public transport networks in the world. 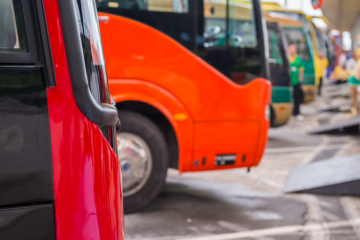 Travelling by bus from Singapore is one of the easiest ways to get to the countries around, whether it’s Malaysia or Thailand. It’s affordable and you will get to choose your preferred pick-up and drop-off Read more… 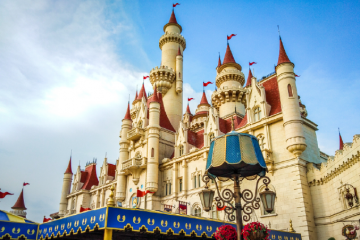 All You Need To Know About Universal Studios Singapore

Go beyond your TV screen and immerse yourself into a world of action and fun in the Universal Studios Singapore! With various themed zones from your favorite films, you can enjoy thrilling rides that would Read more… 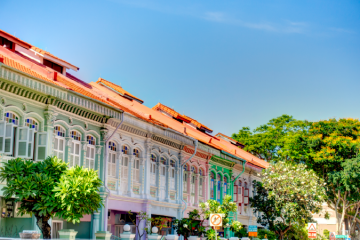 Singapore Heritage Sites to Keep on Your Bucket List

Are you looking for a vacation hotspot to nurture the cultural anthropologist in you? Believe it or not, Singapore is a perfect destination. Fantastic for a quick getaway, visitors touring South-East Asia almost always have Read more…